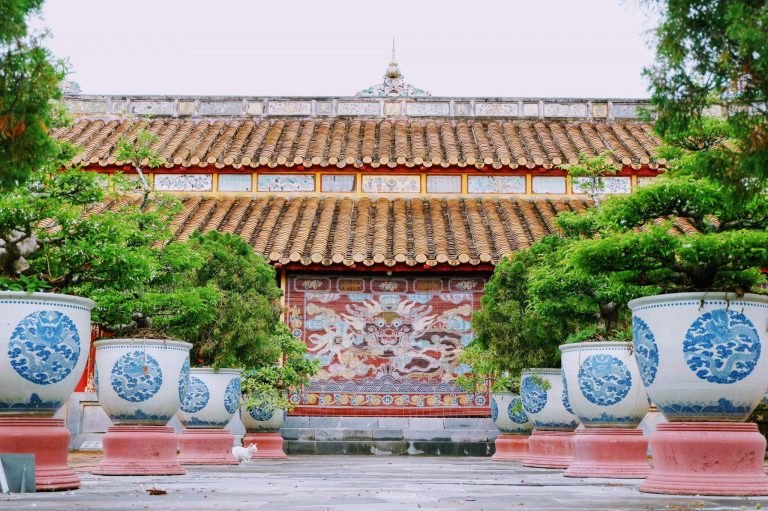 Featured with unique mausoleum architecture, many sophisticated and harmonious carvings, King Thieu Tri’s mausoleum or Xuong Lang Hue is located in a charming landscape area. This is also one of the areas that attract a large number of tourists to explore during the Hue Imperial City tour.

The following article provides some information about Thieu Tri Hue Tomb , hopefully will be useful for you in your upcoming trip.

Where is Thieu Tri Tomb?

This is the only mausoleum facing the Northwest, the direction rarely used in the architecture of mausoleums and palaces of the Nguyen Dynasty.

How to get to Thieu Tri Hue Tomb?

Among the mausoleums in the ancient capital of Hue, the tomb of King Thieu Tri is quite clear and easy to go. If you start from Dien Bien Phu street, you run to the end of the road, until you meet the Nam Giao flock, you will soon reach the king’s mausoleum. Google Maps

After being on the throne for 7 years, King Thieu Tri fell ill on November 4, 1847, at the age of 41. After King Thieu Tri ascended to Ha, the king’s coffin was placed in Long An Palace in Bao Dinh Palace on the north bank of Ngu Ha, until nearly 8 months later, it was brought up to be buried in the mausoleum.

Xuong Lang was therefore built by King Tu Duc (the son of King Thieu Tri) partly according to the intention of his father, different from the mausoleum of previous kings.

It can be said that Thieu Tri Tomb is the mausoleum built in the shortest time with only 10 months. The structure of King Thieu Tri Hue’s mausoleum includes 2 main areas: the mausoleum axis on the right side, the impregnated shaft on the left side.

In the axis of the mausoleum, from the outside in, there are the works: Ho Nhuan Trach – Bac Binh Phong – Nghi Mon – Courtyard – Bi Dinh – Lau Duc Hinh – Pillars – Dong Hoa Bridge, Chanh Trung Bridge, Tay Dinh Bridge – Buu Thanh (where the king’s body is located).

Xuong Lang is similar to Gia Long Tomb (Thien Tho Lang) in that there is no La citadel, the tomb area and the palace are separate, parallel to each other. Or to be exact, Xuong Lang is surrounded by rice fields and green gardens for a rural, serene and peaceful space.

Thieu Tri Tomb is similar to Minh Mang Tomb (Hieu Lang ) in the way of burial and construction of Toai Dao and Buu into a circle with a semicircular Ngung Thuy lake wrapped in front.

Thieu Tri’s mausoleum faces the Northwest, a direction that has never been used in major architectural works in Hue at that time.

In front, about 1 km away from the mausoleum, there is Vong Canh hill, on the left is Ngoc Tran mountain, in front of the mausoleum in the position of “left long, right tiger”. Cham mountain, about 8 km away, stands as a “prejudice” for the mausoleum area, Bau Ho cave is closer as a natural screen for the impregnated area.

In the back, in addition to Kim Ngoc mountain in the distance, the ancients built a large mound of earth as a “post-occipital” for the mausoleum.

Within the mausoleum, there are three semicircular lakes, namely Ho Dien, Nhuan Trach, and Ngung Thuy, along with the stream from Thuy Tien lake running to the right, communicating with each other by underground sewers under the paths.

The terrain surrounding the tomb of Thieu Tri

Thieu Tri’s mausoleum leans against the foot of Thuan Dao mountain, near the front of the mausoleum is a flat land with verdant grass, lush fields stretching from the banks of the Perfume River to the Lim bridge, giving the mausoleum of the king a unique look. elegant yet elegant look, humbly hiding among the vast mountains under the immense sky.

Along with that is the system of mausoleums of the mother, wife, princes, queens, and children of King Thieu Tri gathered and reunited.

Ticket price to visit Thieu Tri Hue mausoleum for both Vietnamese and international visitors is 50,000 VND/adult ticket, FREE for children.

Thieu Tri Tomb is open to visitors, so you can feel it’s not difficult to feel fresh and peaceful there.

According to Hue travel experience, the most appropriate time to visit this place is in the first months of the year, the weather is cool and pleasant. 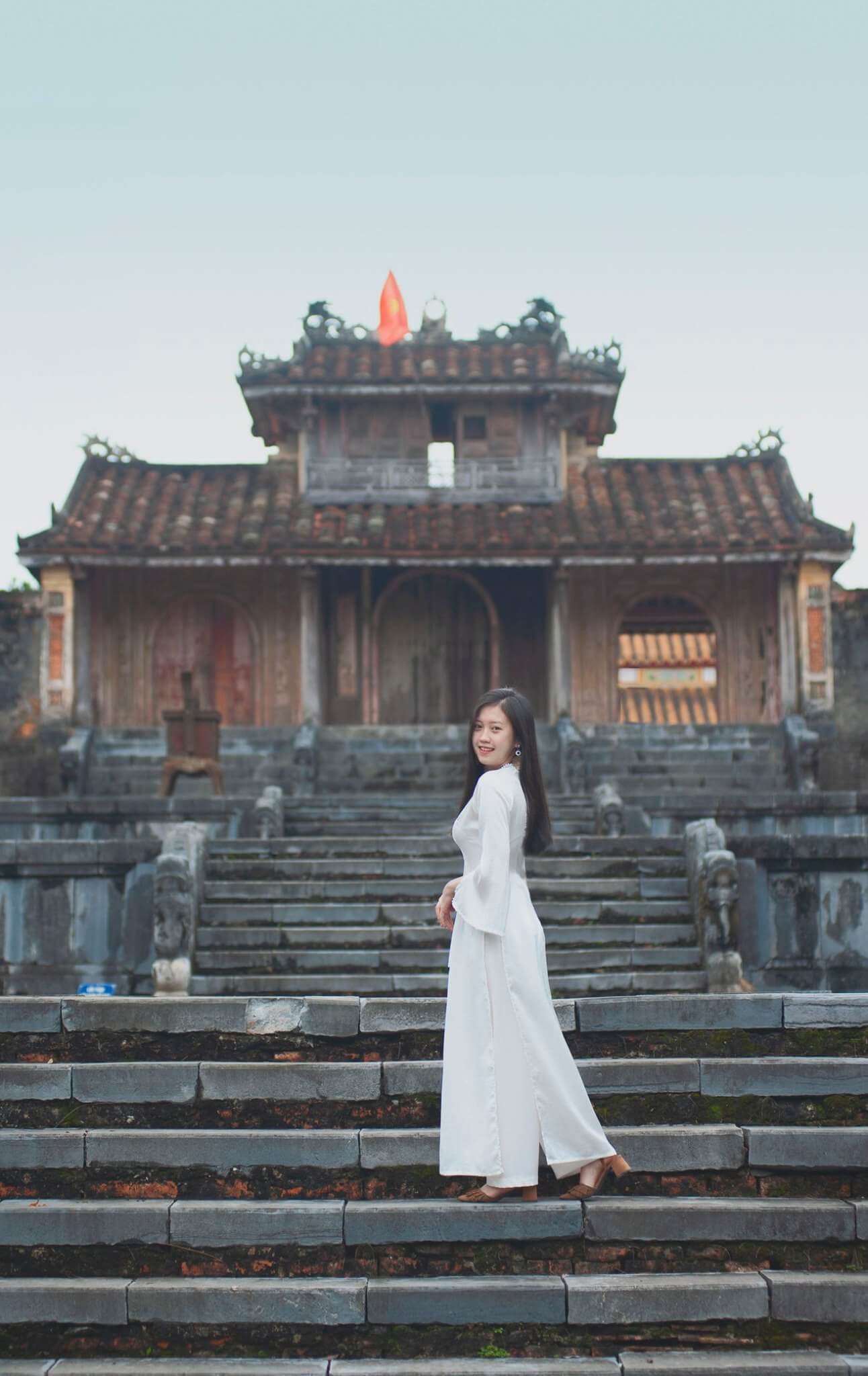 The population of King Thieu Tri’s mausoleum is not too large, so it only takes 1-2 hours for visitors to explore and learn about this place briefly. 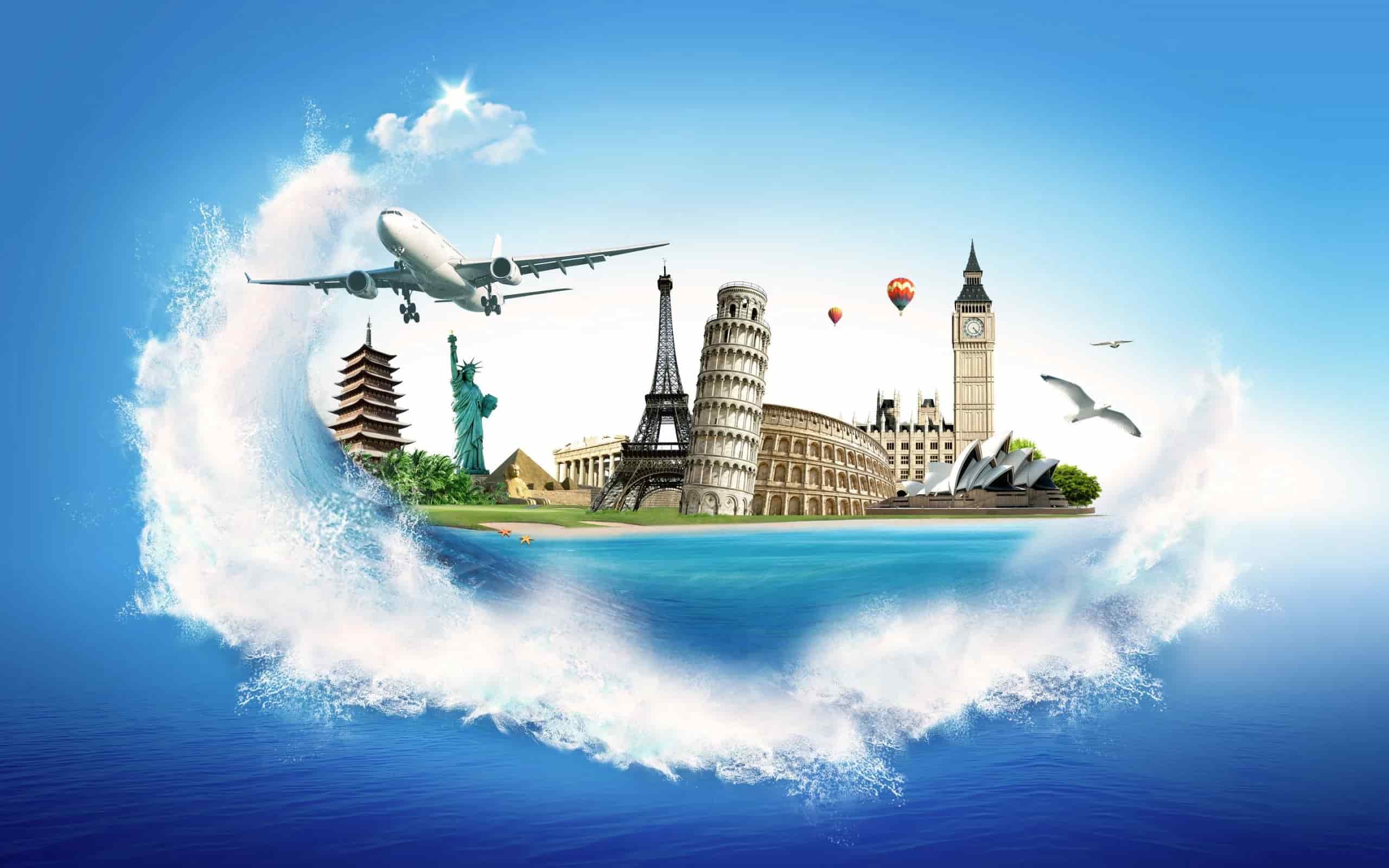