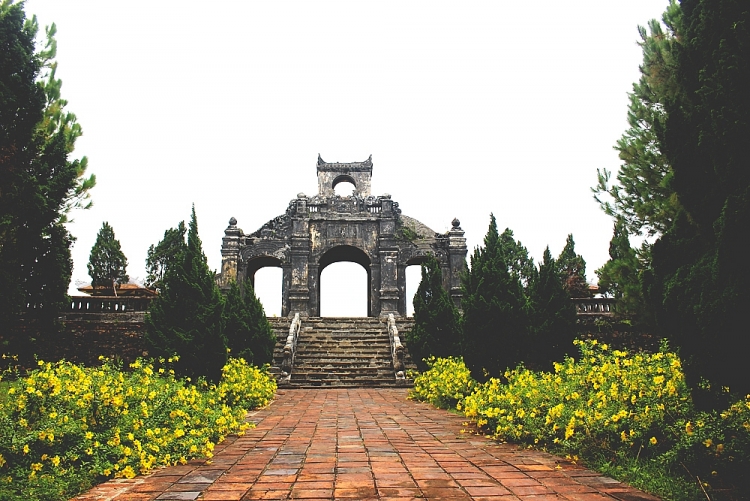 Each ancient village on the strip of Vietnam for generations from North to South has a history of formation as well as its own meanings. In this Hue tour , we will introduce you to such an ancient village.

According to the recorded history of the ancient village of Phuoc Tich Hue, the village has a history of about 500 years. Formed around the 15th century, at that time Dai Viet – the feudal state was expanding its territory to the South.

The village was renamed again until now always Phuoc Tich. Under the reign of King Gia Long, with the wish that all generations of the people accumulate many blessings for life.

And it was true to the meaning and will of our forefathers. The village with many generations, successive generations promote and preserve those good traditions. They still work enthusiastically, creatively and have created great values ​​for their homeland and country. Let their descendants today be proud of the land they were born and raised in.

How far is Phuoc Tich Ancient Village from Hue?

Phuoc Tich Ancient Village is located about 35km north of Hue city center. If you go by car, it takes about 40 minutes on National Highway 1A to reach this ancient village. Lying quietly by the O Lau River, this is the territory dividing the two provinces of Thua Thien Hue and Quang Tri.

The sites of Phuoc Tich village bear the mark of history that is still preserved today. Such as Ba Temple, Double Temple, Quang Te Temple, Van Thanh Lamp, …. Let’s go visit each place with us!

Cay Thi Temple, also known as Ba Temple, is a worshiping work bearing the character of the old village. This is the sacred place of worship of the people in the village. Because this temple is under the Thi tree, which is an ancient tree with an age of up to 700-800 years.

The tree has a height of up to 25m and a circumference of up to 6m. Thi tree has attached to Phuoc Tich village people not only creating spiritual value but also creating beauty of ecological environment landscape. This is also a typical historical evidence for the spiritual culture of the people in the village.

During the flourishing period, the ceramic tools of the ancient village of Phuoc Tich Hue were also selected to advance the king. Called “om Ngu”, because there are two new folk songs:

Screen and Yoni at Quang Te Temple – Remnants of the caretaker

The history of Vietnamese villages is rare, where there is a Temple of Literature like the ancient village of Phuoc Tich in Hue. This is the place where every Tet holiday, the people in the village gather here to celebrate. The temple is located at the beginning of the village, as a reminder and admonishes children to study and practice morality.

The villager of Phuoc Tich explained that: “triang” is a pole, and “trac” is a tool to carry the earth. In the past, when measuring rice into a wooden barrel or wooden box, people used a bamboo tube to remove the excess rice. Implicitly, the people of Tich village passed the baccalaureate too much, so they had to use a pole to push it away instead of using a bamboo tube. There is also the following sentence, which village has a bachelor, must use a palanquin to carry it. But the ancient village of Phuoc Tich Hue has many bachelors so that they do not have enough palanquins to carry them, so they have to use bamboo poles.